“We are the weakest link, the animals, the plants, don’t need us, but we need them.”

This July, the Ontario Arts Council (OAC) awarded Métis Artist Christi Belcourt with the 2014 Aboriginal Arts Laureate Award. As an Indigenous Kwe (female) Artist, Christi Belcourt has an impressive body of work that extends into political realms, while at the same time inciting meditative contemplation, and even healing. Her murals are often inspired by traditional beadwork and are known for their healing powers. The new Toronto Birth Centre recently incorporated a Christie mural into wallpaper print for each of their birthing rooms. Her latest curatorial work, Walking With Our Sisters has garnered a great deal of national and international attention over the past two years. It began with an open call on Facebook, and has resulted with a powerful and moving collection of over 1,725 pairs of moccasin tops (vamps). The vamps were created by 1,372 people from around the world to honour over 1,200 missing and murdered Indigenous women in Canada. 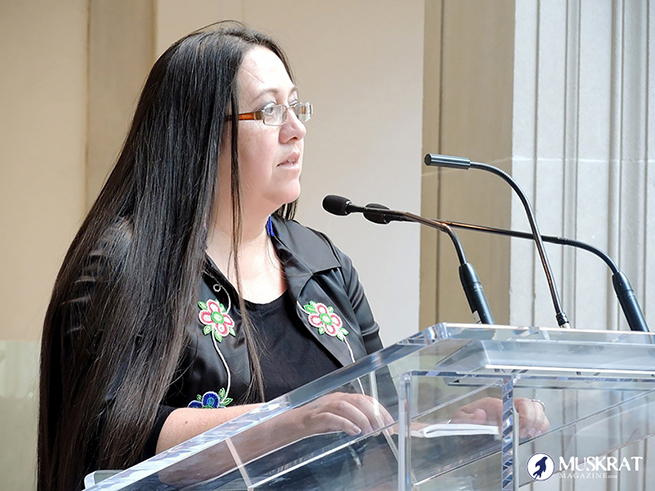 Christi accepted the award and addressed the full house at the Art Gallery of Ontario’s opening reception:

“I accept the nomination and the award from my peers – but I also accept this award with a great sense of responsibility…it makes me uncomfortable to receive an award for my work for the missing and murdered women. It makes me feel as though I am receiving this on the backs of my sisters”. Christi went on to discuss the current climate for not only Indigenous people, but all people across Turtle Island, and the importance of rethinking responsibility and roles: “…for the waters that are at risk because of oil spills, for the plants and animals that we depend on for our own lives. We are the weakest link, the animals, the plants, don’t need us, but we need them”. 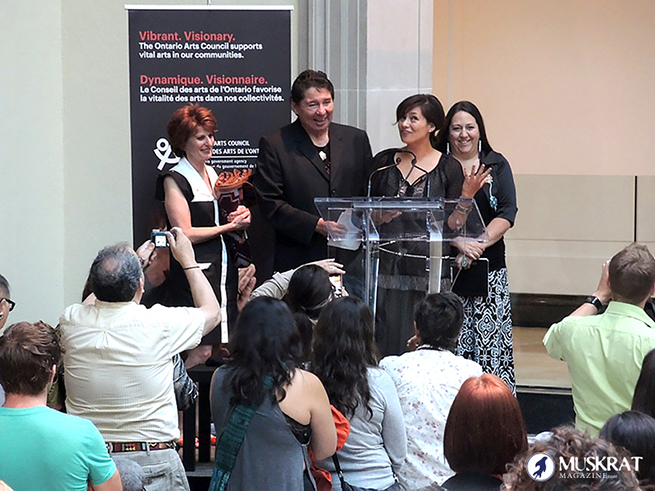 Both Christi and Jaime were presented with their awards in front of an appreciative full house at the Walker Court of the AGO. The award ceremony was part of the opening of the exhibit—Before and After the Horizon: Anishinaabe Artists of the Great Lakes—happening July 26 – November 25, 2014. 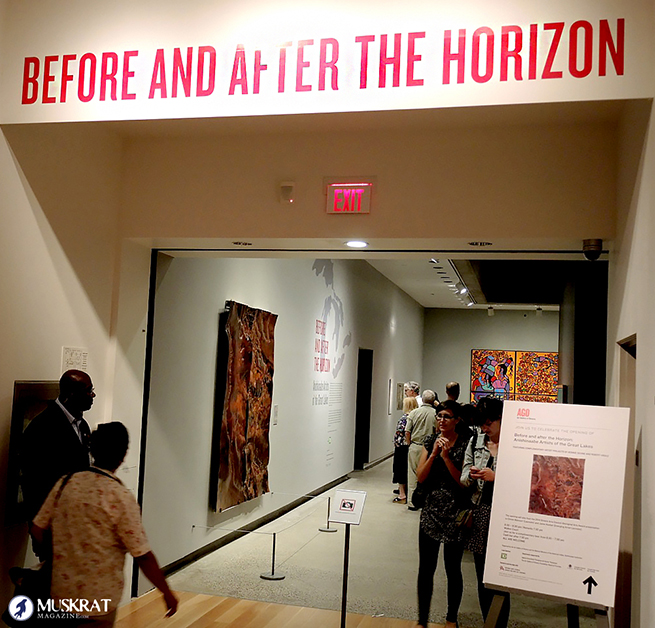