Tim Bell never imagined he’d be signing partnership agreements because of a playground. Nor that the agreements would be with one of the largest lumber companies in the world and a small First Nation community in the Shuswap.

“I’ve learned in my career to always expect the unexpected,” says Tim Bell, Arrow’s Vice President – Trucking Operations. “But this is probably the first time I’ve gone into a four-way partnership to deliver on a project without any agreement in place.”

For many months, new leadership in the Little Shuswap Lake Indian Band (LSLIB) had been working to reopen relationships with industry partners, specifically to help the Band realise the benefits of their provincial forest license. 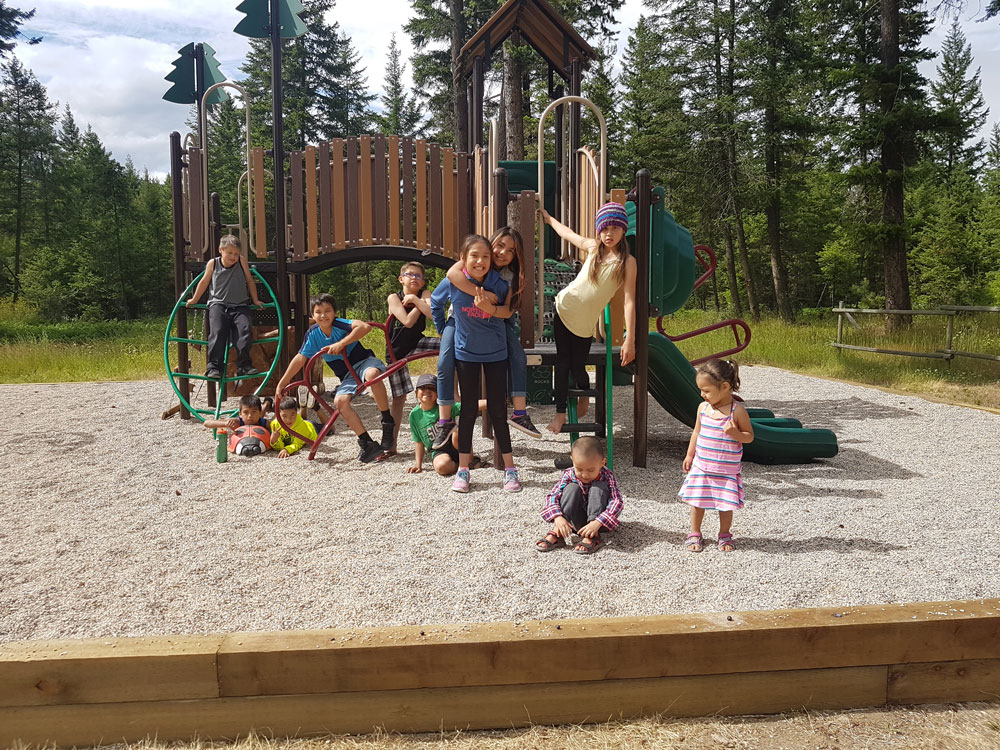 “We were looking for companies whose approach to partnerships extends beyond what we see in typical resource-development agreements,” says LSLIB’s economic-development advisor, Leonard Jackson of BCT Projects. “We asked several forestry companies to pitch concepts for working together.”

Enter Brad Bennett, Interfor’s Woodlands Manager. Within a couple of conversations, he and Jackson had brought Bell into the discussion, realising that building a lasting partnership between Interfor and the LSLIB needed a partner like Arrow.

“Interfor had been attempting to engage with the LSLIB for a long time with little success, but we knew the current Chief and Council were looking for companies with whom to partner on their forestry project,” says Bennet. “Having worked with Arrow on other projects, and knowing the company’s commitment to Aboriginal engagement, we knew we wanted Arrow in the room with us from the start.” 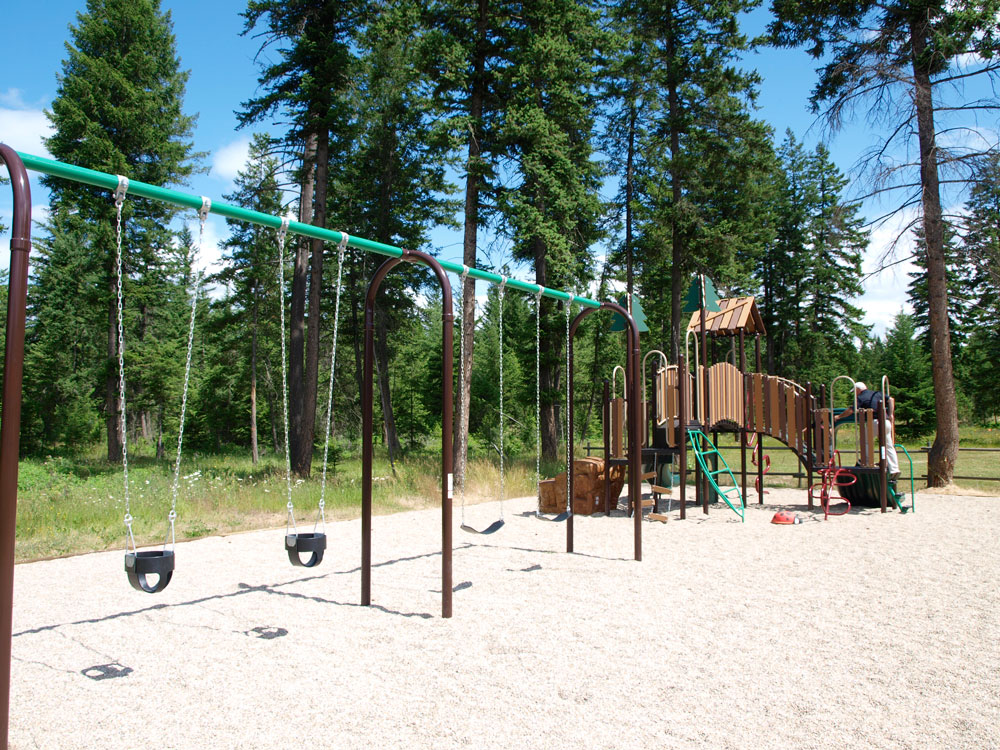 When Interfor, Arrow and the LSLIB sat down for the first time, the goal was getting to know one another. Specific business was off the table and instead, initial discussions focused on whether the people in the room felt there was a cultural fit. LSLIB Councillor, Dale Tomma, recalls talking to Bell, Bennett and Jackson about the importance the band’s leadership places on progressive development.

“As leaders, one of our jobs is to get out into other communities to look at what they are doing to spur economic development,” says Tomma. “I happened to mention a place I’d visited where the mill had recently built a recreation facility. This, in a small community where people were already benefiting from the mill economically through employment. What I saw there was how the community now came together socially, in the beautiful space the company had created.”

“We had been discussing the importance of companies recognizing that lasting relationships are not just built on revenue sharing,” says Bell. “We knew Dale wasn’t telling us that story because she wanted us to build a playground, even though we know there isn’t one in the community and we know that kids bike down a busy, dangerous highway to Chase to play.” 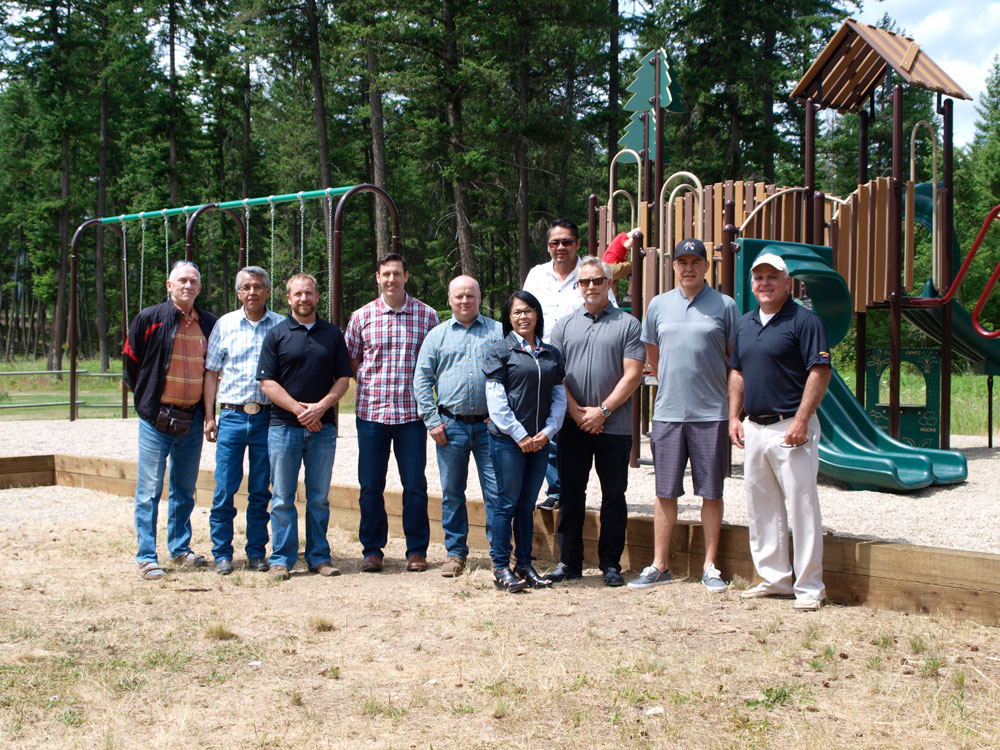 Bell, Bennett and Jackson walked out of the meeting and knew they were building a playground anyway. A playground that opened on June 14.

“We’ve partnered with several First Nations communities on different projects. All unique, and all mutually beneficial,” continues Bell. “What makes this one special is that we all went into those initial discussions without a defined project or business goal in mind. And while the immediate outcome is this playground, which isn’t even a part of the formal partnership agreements we’re working on, it’s representative of how we want to work together on what we hope will become long-term business relationships.”

The details of the resource-development partnerships are still being finalized. The parties are working towards revenue and employment agreements that will see LSLIB sell timber volumes to Interfor. Arrow and Interfor will have an agreement to haul timber, not only from LSLIB land to the Adams Lake Mill, but also on other forestry projects. And they’ll do this in logging trucks they put on the road with LSLIB, through a joint-venture partnership.

Previous : Leanne Betasamosake Simpson’s new collection of writings: This Accident of Being Lost
Next : Governments must engage Indigenous peoples as co-equals in resource development approvals