Curator William Kingfisher focuses the exhibition Arthur Shilling: The Final Works on key paintings from the period 1976 to 1986. During this incredibly creative time, Arthur Shilling was at the height of his artistic skill as his work became bolder and stronger. With this exhibition we celebrate Shilling as a critically important artist and visionary.

Many of the pieces in Arthur Shilling: The Final Works have not been shown publicly before. Artworks have been borrowed from the Shilling Estate as well as many private and public collections. Together they document Shilling’s commitment to telling his story, culminating in a 30-foot mural entitled The Beauty of Our People.

A catalogue is in production which will be launched towards the end of the exhibit, available in English, French and Anishinaabemowin. The publication will include essays by Curator William Kingfisher, Robert Houle, and Wanda Nanibush.

As Robert Houle states in his publication essay, “Once in a generation an artist comes into our midst and captures an inspirational collective identity. Arthur Shilling was such an artist.”

The AGP wishes to thank Canadian Heritage, Museum Assistance Program for supporting the exhibit and publication. We thank the supporters of Arthur Shilling: The Final Works including Canada Council for the Arts and the Chippewas of Rama First Nation. The Ontario Arts Council supported the development of an online youth education program to accompany this exhibition. We acknowledge the contributions of Thomas G. Beckett and Beckett Fine Art Limited as a representative for the Arthur Shilling Estate. Thanks goes to the many private lenders for generously loaning works to the exhibition.

This AGP touring exhibit will be at the Thunder Bay Art Gallery, June – September 2016 and MacLaren Art Centre, March – June 2017. Other venues to be announced. 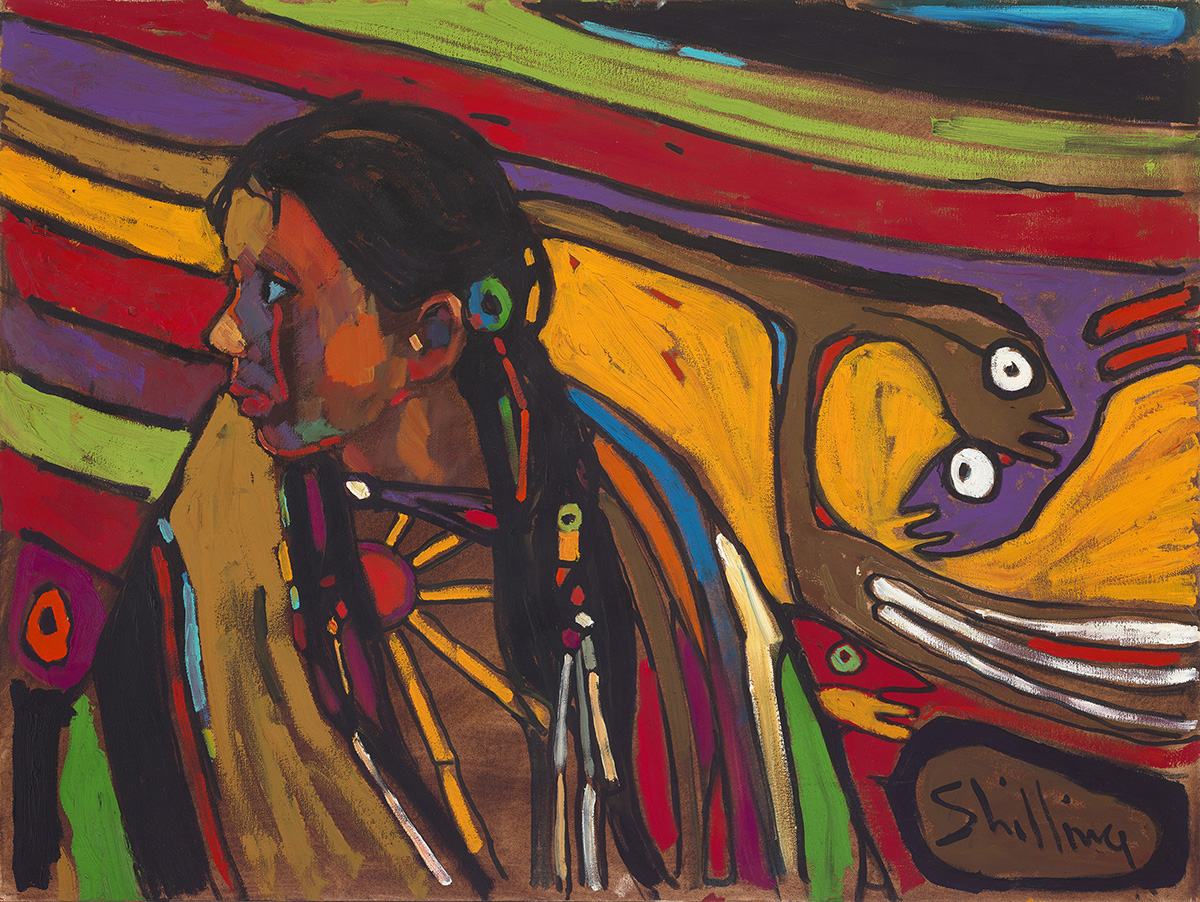 The Art Gallery of Peterborough is located in downtown Peterborough at 250 Crescent Street. For more information call 705 743 9179 and visit www.agp.on.ca.