Ojibway artist Bonnie Devine, member of the Serpent River First Nation, is known for her hard hitting work depicting the effects that colonization and industrialization has had on Indigenous people and this land. One of Canada’s senior artists who co-founded the Indigenous Visual Culture Program at OCADU, her previous projects include Smallpox Blankets – an installation that alludes to how Indigenous communities were decimated by smallpox infested blankets, and Canoe – a 16 foot paper canoe that features mixed media drawings of radiation and uranium symbolizing the polluting effects these elements have on the land.

Devine, has spent this past summer contextualizing Canadian history in the installation, Battle for the Woodlands at the Art Gallery of Ontario. The installation expands an early 19th century map of Upper and Lower Canada to depict the ‘true’ history of how Canada was colonized. Devine uses beaded lines to represent treaty boundaries (treaty belts) that were laid out by King George III which were all eventually broken. Devine paints the Great Lakes as spirit animals and the rivers red to signify the spiritual connection Indigenous people have to the water, which is the bloodline to Mother Earth and to us. Throughout the display images of American and British soldiers mark the militarization of the Great Lakes and historic battles to secure land which included Indigenous nations and warriors.

Anishinaabitude are three woven figures at the center of Battle of the Woodlands. The first figure represents the First Nation of Serpent River; the second figure represents the people of Walpole Island and the third are the Mississaugas of New Credit. These represent the contemporary people who are alive today and need to make a stand now.

While the installation was being completed, Devine’s Treaty Robe for Tecumseh stood where Anishinaabitude currently stands. The Treaty Robe was originally developed for the exhibit The Tecumseh Papers which brought to light Tecumseh’s resilience to the power struggles between the British, Americans and Indigenous people, especially during of the Battle of Thames in 1813, which led to Tecumseh’s martyrdom.

Devine isn’t afraid to be honest about the violent history that European settlers and Indigenous people share in Battle for the Woodlands. The intricate details of the installation cultivate important conversations necessary to move awareness forward. It pieces together vital educational information to engage viewers to think about the history that they learned in school versus what the actual history really is.

Erica Commanda from MUSKRAT Magazine visited Battle of the Woodlands with Bonnie Devine and discussed representing Indigenous people throughout history with art.

MM: Where did you get your inspiration for Battle of the Woodlands?

BD: I made a work in 2012-13 for the Art Gallery of Windsor when they asked me to respond to a pair of sculptures they had in their collection. It was a bust of Tecumseh and a bust of Sir Isaac Brock. I pondered those two figures for two years and eventually realized that I didn’t really have anything to say about Sir Isaac Brock. He’s been written about a lot. He has a university named after him. Almost every town in Ontario has a street named after him. He has a town named after him. I mean, he’s been well represented and we know his story or version of his story enough to make a 3D picture of him in our minds.

Tecumseh is a more elusive figure. There are no real images of him. He wouldn’t allow his image to be taken or reproduced. He never wrote anything down. He would never allow his words to be recorded. And yet, he was a decisive figure from 1790-1813. An incredibly influential figure and yet I knew nothing about him. So I began my research there. To find out who Tecumseh was I travelled to Italy [for an artist residency], I read many books, I cut out many pages, I did a lot of tearing out of hair. That’s where this comes from; it was my commitment to telling the story of Tecumseh. To telling the story of one of the last great Anishinaabe coalitions.

MM: Your artwork touches on the impacts European settler society and colonization had on this land. What do you hope people take away from your work?

BD: I’m interested in learning as much as I can about the history of where I come from which is Canada. Of course like everyone here, I came through the school system so I read the textbooks and found that for a long time in my life I just accepted that story. I thought that my people were subjugated and beaten and basically laid down. That’s what we were told. Then when I went to university as an adult I began to hear and began to feel a different story. I understood that we didn’t just surrender; we didn’t just lie down. There were heroes among us that fought really hard and there are heroes even now who are still fighting. It gave me pride in my heritage and it gave me a story to tell. I realized the more I read and the more I looked for our story I couldn’t find it. That was when I began to make things, objects, pictures and things that would begin to tell that story even as I was learning it myself.

This map really is a product of reading, thinking and dreaming and imagining what it really means to live on these Great Lakes. What it means to have blood running inside your veins of these people who fought to protect these lakes and what the lakes mean themselves. That’s why I made them into animals because they aren’t just bodies of water. They are beings who are cohabiting with us in this space right now. They are living. We are in a relationship with them. We have been for many hundreds of years. That’s why I wanted to gather these reeds and bring them here and show that there is a relationship.

It’s very deep and old. It hasn’t got a lot of words. I don’t have the words for it; all I have are these images and these figures. It’s my way of talking about this very very ancient consanguinity, which means having the same blood, it means water that is running lakes and rivers runs in us. That’s what I’m trying to say.

MM: When you went back to school to study art later in life, what inspired you to become an artist? How has this affected the way you create art?

BD: I didn’t go back to school until I was in my 30’s. I spent a lot of time trying not to be an artist. I was afraid of art, my mom was afraid of art. We had been taught to be quiet, be good, love the queen, and stand up when they sing O’Canada, all those things. We have been told that if we didn’t do those things that bad stuff would happen so I was afraid of art. When I went to art school, it was like I jumped in the water and I found my tribe. I felt like an outsider most of my life and all the sudden I felt like wow, these people understand me. There weren’t that many Native students at OCAD when I went but there was a small group of about 12 Native people who were studying there. We banded together and we helped each other.

First I studied painting then I realized that my real love was to make things with my hands, so I transferred into sculpture. And I went back to the thing that I loved since I was a little kid which was to make something out of nothing. I had learned that from my grandmother. Find scraps, find things that have been discarded and make something out of that. I never thought that particular thing that I liked had any value in the art world, but guess what? I found a way to make it valuable in the art world. It gave me skills. I studied painting so I became quite a competent painter. I studied the principles of modernism, which is really important for me because it allowed me to understand that there might be a space for an alternative view and that space could be occupied by Indigenous people. It was really important to understand the structure so that I could manoeuvre.

We’re at a moment right now where we have a chance to make some change here. Why? Because the rest of the world is also saying: Save the water! Do something about the Earth! Don’t mess up the air! All those sorts of things suddenly resonate with us and we’re able to move in. Same thing in art, we’re finding a time when people are saying, I’m not just interested in a pretty picture, I want to know what is the utility of the art piece? What use does it have in the world? I think that Aboriginal people understand art is more than just a pretty thing to look at, it has use and value. So there’s a space right now and I think that’s what our school taught me. That particular way of reading the non-Native art world and giving me the skills.

MM: What role do Indigenous artists have in modern day society?

BD: Indigenous artists have the same role in modern day society as they had in the olden day society. In our traditional cultures I believe that the artists in those days were the people who carried the stories. Often they were the people who carried the medicine, if not the medicine itself, the knowledge of those medicines because they would make the objects or pictures that held that knowledge. They were often the teachers.

I think it’s the same right now. I think that we’ve seen not so much a reinventing of Indigenous art, but a resurgence of an old practice. When I went to the ImagineNATIVE Film and Media Arts Festival, I saw that filmmakers were doing the same thing. They’re telling our stories. That’s what our work is always all about. It’s not about being an art star or making a lot of money, I really do think it’s about cultural survival.

MM: Where do you see the future of Indigenous art going?

BD: It’s really hard to say. It’s like an orifice, it opens and closes, opens and closes. I always hope that we will come through this opening and grow and that our work will come to be accepted where we don’t have to say – oh I’m an Ojibwe sculpture or I’m a Cree filmmaker. We can just say I’m a filmmaker. You know Picasso never had to say – I’m Spanish. He just made his work and of course his work was deeply embedded in his cultural roots. I hope that we will eventually get to that place where we can just say, this is my work; my work is about our history. 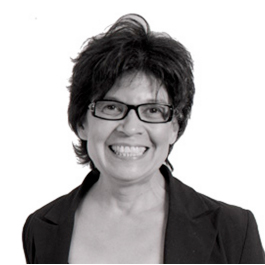