You are invited to the Book Launch, Author Reading and Reception for
Bearskin Diary a novel by Carol Daniels

Taken from the arms of her mother as soon as she was born, Sandy was only one of over twenty thousand Aboriginal children scooped up by the federal government between the 1960s and 1980s. Sandy was adopted by a Ukrainian family and grew up as the only First Nations child in a town of white people. Ostracized by everyone around her and tired of being different, at the early age of five she tried to scrub the brown off her skin. But she was never sent back into the foster system, and for that she considers herself lucky. From this tragic period in her personal life and in Canadian history, Sandy does not emerge unscathed, but she emerges strong–finding her way by embracing the First Nations culture that the Sixties Scoop had tried to deny. Those very roots allow Sandy to overcome the discriminations that she suffers every day from her co-workers, from strangers and sometimes even from herself. 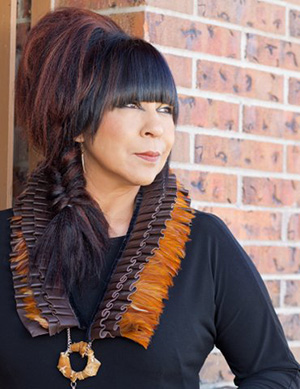 Carol Daniels is a Regina Beach-based multidiscipline artist and journalist who became Canada’s first Aboriginal woman to anchor a national newscast when she joined CBC Newsworld in 1989. Her work has since earned several awards, including the 2009 National Aboriginal Achievement Award. Her poetry and short fiction have been included in several anthologies. This is her first novel. Find out more at www.caroldaniels.ca.