This piece originally appeared on Free Grassy and is reprinted with permission.

1. What was this case about?

Grassy Narrows argued that Ontario has no jurisdiction over logging on their Territory due to promises made by Canada in Treaty 3 and the constitution.

2. What did the Supreme Court of Canada (SCC) rule? 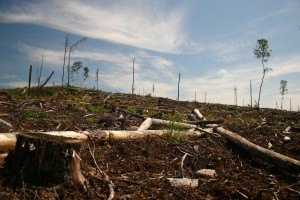 3. Is this a green light from the SCC for clearcut logging in Grassy Narrows?

No. The SCC still requires that Ontario fulfill the duty to meaningfully consult and accommodate Grassy Narrows in a way that upholds the honour of the Crown before making decisions that could impact their rights. The SCC also requires that Ontario ensure that there is enough resource left to allow for the “meaningful exercise of the rights.”

The Supreme Court of Canada also reiterated that where the impacts on Grassy Narrows’ rights to hunt and fish are severe, their consent may be required. (Ph. 52 reference to Delgamuukw v. British Columbia, [1997] 3 S.C.R. 1010, at para. 168)

They also believe that basic environmental and human rights standards have not been met.

4. Has Ontario met their obligations to Grassy Narrows under the Treaty?

The impacts of past industrial activity, including hydro damming, mercury dumping and clearcut logging, have put Grassy Narrows’ rights in extreme peril and have had a grave impact on their health, culture and livelihood. Further forced industrial logging could compound the existing industrial impacts leaving Grassy Narrows with no ability to meaningfully exercise their rights.

5. What will Grassy Narrows do next?

Grassy Narrows invites Ontario and Canada to engage with us in good faith to build a positive relationship based on respect for their way of life, recognition of our rights, restoration of our health and our environment and meaningful reconciliation. In this day and age, it is widely recognized that it is wrong, and unwise to force industrial extraction on Indigenous communities against our will.