Bea is an Anishinaabe veteran who returns to Canada traumatized from her tour in Afghanistan. When she leaves her home community of New Credit to work for the Department of National Defence at Kettle and Stony Point she sees it as an opportunity to be useful and put her nightmares to rest. Her mission is to clean up the dangerous and environmentally toxic ordinance left behind by the military on the land they seized and she can’t understand why folks in the community have no interest in working with her.

This is the premise of Ipperwash, a drama exploring the impact of land theft and relocation on a community decades after the fact. In the midst of negotiating new friendships, PTSD-induced nightmares and recurring sightings of the ghost of a mysterious child that haunts her rented house, Bea’s job is seriously complicated.

The characters Bea meets will make her challenge her ideas about the role she can play in someone else’s community, particularly as a DND representative, and how she can heal from her own traumas. One example is when the character Tim, a WWII veteran laments how he went away to fight to protect his home and family, and when he returned found them both gone.

Despite the heavy issues being explored, Ipperwash has moments of amusement, authentic characters and beautifully poignant moments. Well written and acted, the story does not leave you either emotionally exhausted or unrealistically hopeful but it will leave you with many questions about the relationship between healing and justice.

My only disappointment with the play comes from missing a ripe opportunity to explore the contradiction of Indigenous folks enlisting in the military to participate in colonial wars elsewhere, strengthening colonial powers in the world, while being victimized by settler colonialism at home. Nevertheless, Ipperwash is definitely worth the price of the ticket.

Ipperwash was written and directed by Falen Johnson (Mohawk & Tuscarora, Six Nations of the Grand River), is produced by Native Earth and is showing at Toronto’s Aki Studio from February 6-18, 2018. More info here: http://www.nativeearth.ca/ipperwash/ 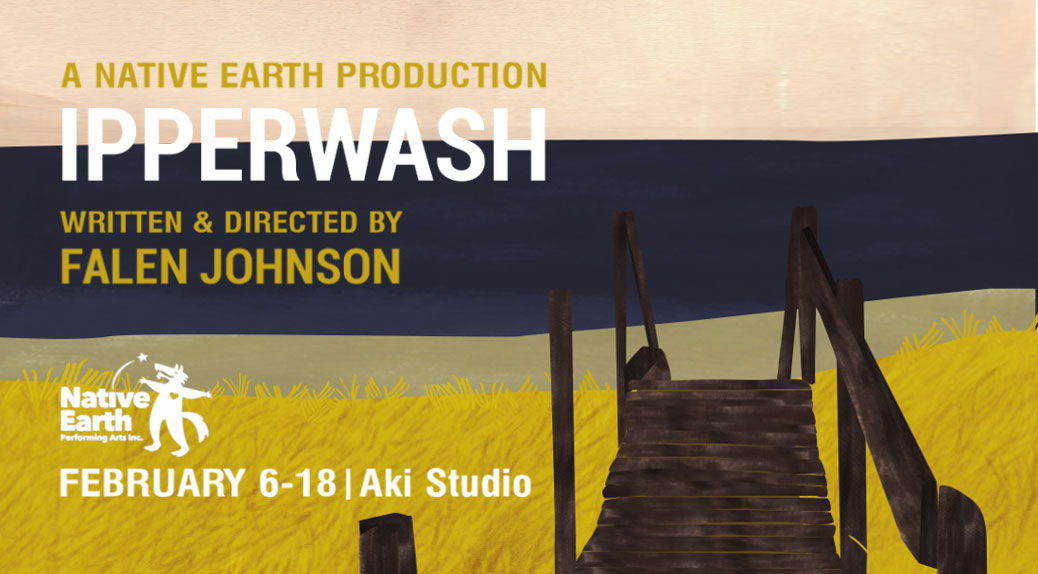 Zainab Amadahy is of mixed race background that includes African American, Cherokee, Seminole, Portuguese, Amish, Polynesian and other trace elements (if DNA testing is accurate). She is an author of screenplays, nonfiction and futurist fiction, the most notable being the adequately written yet somehow cult classic “Moons of Palmares”. Based in peri-apocalyptic Toronto, Zainab is the mother of 3 grown sons and a cat who allows her to sit on one section of the couch. For more on Zainab and free access to some of her writings check out her website. www.swallowsongs.com.