At MUSKRAT we love to highlight the incredible work of Indigenous leaders, artists and storytellers. Our communities are so full of powerful Indigenous artists and people who are spreading their knowledge and stories, passing messages of self-determination, resilience, and the strength of grassroots mobilization. Some of these amazing storytellers will be in attendance on Friday, January 13th in Parry Sound, ON for the 2nd Annual Gchi Dewin Indigenous Storytellers Festival and our readers are invited! Here’s a list of movers and shakers who are telling their stories through ancient and contemporary storytelling traditions including fashion, digital media and activism. 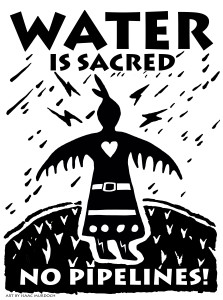 Isaac Murdoch
Issac’s Ojibway name is Manzinapkinegego’anaabe / Bombgiizhik. He is a founding member of the Onaman Collective. Isaac is a storyteller and traditional knowledge holder and spent many years learning from Elders in the northern regions of Alberta, Saskatchewan and Manitoba. He has led various workshops and cultural camps; his work focuses on the transfer of knowledge to youth. Manzinapkinegego’anaabe / Bombgiizhik is of the fish clan and has committed his life to the preservation of Anishinaabe cultural practices.

We will be following the work of Onaman Collective as they continue working to protect the Anishinaabe way of life through land based language programs, arts initiatives, and actions to protect mother earth.

Isaac Murdoch will be presenting his stories on January 13th, 2017 at the 2nd Annual Gchi Dewin Indigenous Storytellers Festival hosted by MUSKRAT Magazine.

McMahon has produced media projects for Vice and CBC as well as performed at the Just For Laughs Festival in Montreal. Follow @RNComedy on Twitter

We are excited to have Ryan McMahon at the 2nd Annual Gchi Dewin Indigenous Storytellers Festival. 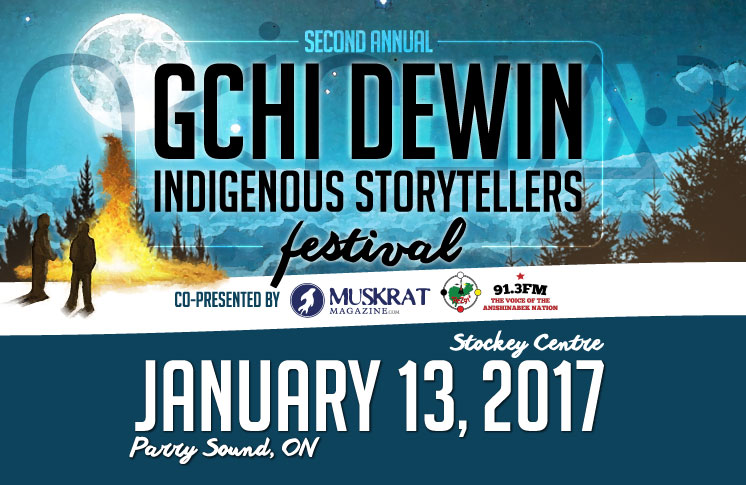 Shop the “All My Relations” Wool Blanket here.

4. Naelyn Pike
Naelyn Pike is a 17 year old Chiricahua Apache enrolled member of the San Carlos Apache Tribe. Naelyn has made it her passion to create unification with all people and youth empowerment to defend Mother Earth.

She began to break down the barriers of colonization when she chose to have her traditional Apache Sunrise Dance ceremony at Mount Graham. It was the first traditional ceremony to take place on the sacred mountain in over 100 years.

Naelyn is a member of the Apache Stronghold, who continues to occupy and defend holy Oak Flat from the foreign mining company, Resolution Copper. 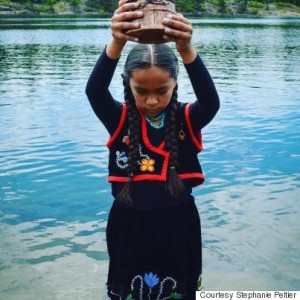 Autumn Peltier is a young Indigenous spokesperson from Wikwemikong Unceded First Nation who is raising awareness about water and land rights and the importance of environmental protection. Autumn received the 2016 Me to We Award for the Youth in Action Award (12 and under) and travelled to Sweden for the United Nations Children’s Climate Conference a Canadian delegate. Autumn is speaking out against the exploitation of Mother Earth for corporate interests. Listen to Autumn’s speech for Prime Minister Trudeau here.

Anishinaabekwe, Sarain Fox is a passionate spokesperson, performer, dancer and actor. On January 27th, Sarain Fox will host a new television series titled, Rise, on Viceland. The series will document Indigenous communities from across the Americas who are protecting their homelands and rising up against colonization.

Know someone you think should be on a MUSKRAT List? A local leader, educator, spokesperson, entrepreneur and/or activist? Submit your suggestions to info@muskratmagazine.com