We are all treaty people. That is the message that Making Treaty Seven Cultural Society wants to convey to all Canadians, Indigenous and non-Indigenous alike. From the voices of Indigenous people, the production recounts the historical events leading up to the signing of Treaty 7 territory which covers the Blackfoot Confederacy, Tsuu T’ina, and Stoney Nations on September 22, 1877. This year is the first performance without their cultural and spiritual advisor, Narcisse Blood and executive producer and creator, Michael Green. Both men passed away tragically in a car accident with fellow Saskatchewan artists, Michele Sereda and Lacy Morin-Desjarlais on the morning of February 10, 2015 while they were on their way to the Piapot First Nation, north of Regina, Sk.

While dealing with the tragedy, the cast and crew intend to honour their passing with, “everything we do onstage, by stepping up even harder, faster and better in their honour,” explains co-artistic director, Michelle Thrush. Choreographer and performer, Troy Emery Twigg knew Green for twenty years and has known Blood his whole life. Twigg describes Blood as, “a great mentor to me in my career…..he’s my go to man, he’s my Elder. He’s always someone I reached out to.” Twigg plans to honour both men by, “just being here and just being present and continuing my hard work,” he says, “they were such hard workers. I’m going to miss their laughter. I’m going to miss their presence, their insight and their expertise.”

As a non-Indigenous producer and creator, Michael Green was well respected within both the larger Calgary and Indigenous Arts community. He co-founded the theatre company, One Yellow Rabbit, then founded and curated High Performance Rodeo, Calgary’s International Festival of the Arts. Once he was appointed to be the curator and creative producer to Calgary’s Cultural Capital Celebrations, Thrush says, “he approached me and a couple of other people in Calgary, we came together to discuss the possibility to put together a project to become a legacy to Calgary 2012.” Out of that the idea of Making Treaty 7 was born. She says, “once we asked how this would affect people, we realized that we caught on to something that was really empowering.”

While Twigg was living in Toronto, Green called him with the idea. Twigg explains, “At the time we didn’t know exactly what we were going to do, like whether it was going to be a re-enactment. Then I said, ‘well let’s just start introducing you to people,’ so I drove [Green] out to the Sun Dance on the Blood Reserve and introduced him to Narcisse Blood, we went into his teepee, and started talking, and that’s how things just started to roll.”

Making Treaty 7 Cultural Society explores the historical events, consequences and implications of Treaty 7. To create an accurate, authentic depiction of the days surrounding the treaty negotiations, they consulted with community Elders throughout the creative process. Understanding this history and what the implications are today is an important step to healing, learning, and moving forward together in reconciliation. As Twigg says, “we discover we live on both sides of the treaty. We are all treaty people. We can understand Canada’s true history and celebrate each other’s co-existence. This was the true essence of making the treaty, it was a peace treaty on our side.”

Today treaty 7 encompasses the southern portion of Alberta and includes the Blackfoot Confederacy, Tsuu T’ina, and Stoney Nations. To Indigenous people the treaties were meant to bring peace and ensure their cultural and spiritual survival with the ongoing settlement of European immigrants. The book, The True Spirit and Original Intent of Treaty 7 states, “Aboriginal leaders had long been involved in ceremonies with Europeans to secure peace, economic survival and favoured status in trade relations….Aboriginal people saw the treaties as documentation that marked the beginning of a mutual obligation.” It goes on to explain that, “Aboriginal people were generous in granting [settlers] access to fish and game resources…. Yet it was the settler government that initiated the process of restricting access to game for Indians, in violation of the promises.”

Making Treaty 7 Cultural Society’s mandate is to help Indigenous and non-Indigenous Canadians realize that we live on both sides of the treaty. We should all be equals like the Aboriginal leaders negotiated during the treaty signings, yet today there is an economic gap where Canada’s economy is 6th in the world, while the First Nations in Canada sits at 63rd. Twigg explains, “I always think about [Making Treaty 7] as being something positive that can help us understand each other a lot more, celebrate each other a lot more and really learn as harsh as it is, the true history of Canada.” Making Treaty 7 honours the lives of the special Indigenous and non-Indigenous artists and Elders who acted together to share and compel and accept our mutual responsibilities because, “We are all Treaty People.”

In loving memory of : 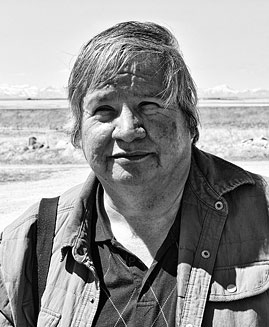 Narcisse’s formal education began at the age of 6 years old at the St. Mary¹s Residential School until the age of 17. He received his post secondary education at the University of Lethbridge and as a visiting student at the University of Alberta. He was the former director of Kainai Studies at the Red Crow Community College where he is recognized as an Eminent Scholar and where he was presently employed as a researcher and instructor. His 19 years of research experience include traditional knowledge, cultural heritage and museums. With his interest in museums Narcisse had been a big influence in the development of the current Repatriation Act in the province of Alberta and this also resulted in his involvement from 1990- 2014 with repatriation of many of the Blood Tribe’s ceremonial artifacts and ceremonial bundles from museums in Canada and the United States.  He was really involved in the traditional Blackfoot ways, which is a testament to why his children and grandchildren have already taken on a significant responsibility to carry the Blackfoot culture forward to the next generation. Narcisse and his wife presented their children and grandchildren to the world the same way he presented the culture, his knowledge, resources, compassion with such pride and joy, love and respect. 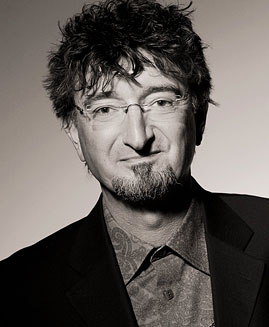 Michael was co-founder of, and writer, director and actor with One Yellow Rabbit; and founder / curator of the High Performance Rodeo. He was creative director of Calgary 2012 and executive producer/creator of the Making Treaty 7 Project. Michael was a proud ambassador for Calgary and a vital force in creating the cultural milieu that is Calgary today. He was an exuberant spirit who embraced the exceptional and the unusual and wanted to share it with as many people as possible. He inspired many with his originality; and he created much with his vision. We are grateful to him. His loss is felt deeply by all of us whose lives he touched. 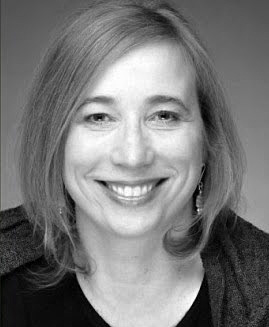 Sereda was the artistic director of Curtain Razors Theatre. This is an excerpt from their memorial: See, some of us are working artists. Michele is a living artist. Every way she lives is art. The food on her plate. The incredible drape of her scarf. The hair. The entrance into a crowded room, chin up, hips square, shoulders back. Not a diva. A grande dame. An event. Michele is an event. An occasion of art. Or maybe if I told you about the voice. I’m not going to start with the laughs, because that’s going to take some doing, and I need to save myself a little for that. I’m gonna sneak up on it, by starting with the sound of her. (striding towards you as you make a choice and she loves it) “Yah yah yah yah, yah yah yah.” “I knu—-oooooohhhhh. Can you (from a face that cuts and shapes the sound precisely, emphatically) buh—lEEEve it?” (Staccato—a thumped drum)” I-mean-what-the-fuck…?” (right hand thrown up and back on the hard “uck”, like a maestro commanding the drums) And then a pause. A complete pause. A listening. A breathing in. A hugely active silence. 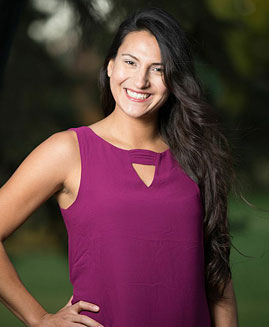 Lacy Morin-Desjarlais was a powwow dancer, visual artist, media artist and performance artist hailing from Muskowekan First Nation in Saskatchewan. Teaching powwow to youth and building bridges with the Indigenous and non-Indigenous communities through art was her passion. She was sadly taken from us in a tragic car accident.