The powerful documentary follows hilarious and insightful comedian Ryan McMahon on a road to uncover the colonial veins of Canada which cut their way across the land – through road construction. Acting as a tour guide, Ryan McMahon takes us through his hometown of Fort Frances and down the main street called Colonization Road. McMahon explores the history of the road uncovering the little-known Colonization Roads Act of 1872 which helped to pave the way for colonization and the settlement of Canada.

Colonization Road, premieres at the imagineNATIVE Film + Media Arts Festival on October 23rd at 10:15 am in Toronto. See the full festival program here.

MUSKRAT Magazine: What inspired you to tell the stories of Colonization Roads in Canada?

Michelle St. John: It was in 2001, Monique Mojica, Jani Lauzon and myself were up in Fort Frances, Ontario teaching a workshop and we were going to perform at the Seven Generations Wellness Conference. We were on our way to the venue and saw this street sign [Colonization Road] and I think it was Jani who said, “Stop the van!”. We had this very sweet, older white woman driving us and she didn’t understand why we wanted to stop and take pictures of us in front of the street sign. But we did and we were shocked by it. How is it even possible? Why would anyone stand for that? And how did that even happen? We ended up working a reference to the street sign into the presentation we gave that night and people in the audience, a mostly Native audience, laughed like crazy. This is when we were the Turtle Gals Performance Ensemble and after that we decided to work on a show that would be more of a theatrical presentation about the Colonization Road. We decided to do some research and found out a lot about the origins of the colonization roads. Then as time passes, we ended up going our separate ways as a company to pursue our solo projects and this project stayed around. I wanted to find another way to tell the story and thought it would make a great documentary because it would potentially reach more people in that format. 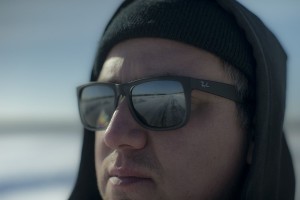 MM: How was it working with Ryan McMahon and using humour to approach the serious topic of land dispossession?

MSJ: It was great, Ryan is an incredibly funny, generous and kind-hearted person and he grew up in Fort Frances so he was always going to be a part of whatever it was that was going to be made. It made sense to have him explore the process of understanding what the Colonization Roads are and what they mean and how it all came to be, as our tour guide. We had a great time filming, it was sometimes very intense and emotional but his humour and ability to understand the issues and to throw it on its head and make us laugh about it is really an important way to hear the information for people who don’t necessarily know anything about it and for those who do, its a sort of a comfort.

MM: As an award winning actor and singer you are used to being on the other side of the camera, what was one of the greatest challenges you faced directing this film?

MSJ: A lot of actors would say, “I just want to direct”, that is a stereotype of actors. When you spend so much time on sets you do learn a lot and you pick up an understanding of the filmmaking process. But documentaries are really different from drama and it was a huge challenge in so many ways. The filming was probably the easiest part and the biggest challenge was editing and finding the story within all the footage we shot. Within all the interviews we did we got to speak to some really amazing people. All of the information and history just doesn’t all fit into a forty-five minute documentary, so unfortunately, you have to cut some things. That was the hardest part for me, letting go of some of the footage that we couldn’t fit in.

MM: What do you want the audience to take away from watching this film?

MSJ: To have the opportunity to premiere at ImagineNATIVE is really a blessing and I am so grateful and humbled that the programmers chose to premiere the film. I feel like our audience that will attend the premiere on October 23rd will be somewhat knowledgeable, sympathetic and understanding about the issues that are raised in the film. The bigger challenge will be when we present the film to settler audiences and people from different communities who don’t have any relationship or connection to what colonialism means or what reconciliation means. There’s a lot of people in the country who never think about it. I hope if anything, that it sparks some questions for people; that they start to look at their relationship to what it means to be Canadian, wherever they’re from, whether they are 5th or 6th generation European settler descendants or newcomers from other parts of the world. They can start to question their relationship to this nation state we call Canada and maybe form a deeper relationship with that meaning and thereby with Indigenous Peoples. 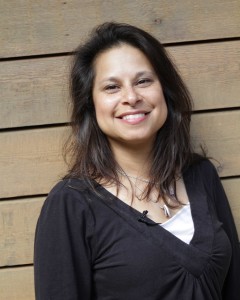 Michelle St. John is a two-time Gemini Award–winning actor with more than 35 years of experience in film, television, theatre, voice and music. Michelle was a co-founder of Turtle Gals Performance Ensemble, a Native women’s theatre company based in Toronto. She has also been a producing partner in Frog Girl Films, producing several short films directed by Marie Clements. Recently, Michelle joined ranks with Shane Belcourt and Jordan O’Connor at The Breath Films.

Previous : Best Advice from Indigenous Powerhouse Designer & Entrepreneur Liam Massaubi on Business, Holding up the Community, and ‘Retiring’ at 30
Next : Images from Standing Rock

Akeesha Footman is Marten Clan, and currently lives in Toronto. Her family roots are in Manitou Rapids, Treaty 3 Territory in Northwestern Ontario and Europe. She is a visual artist, storyteller, traditional knowledge carrier and proud Anishinaabe Oshkiniikwe. she enjoys dancing, making things, learning about traditional medicines and supporting youth access mental health and addictions resources. We look forward to her connecting with community members to promote Indigenous healing, arts, culture and education.