Kent Monkman is brilliantly critical of Canada 150 in his latest exhibition, Shame and Prejudice: A Story of Resilience (Currently headed to Calgary on a three year national tour). Monkman has deployed Miss Chief Eagle Testickle, his drag queen alter-ego, to disrupt the short sighted colonial celebration by taking us back in time to 150 years before confederation. The exhibition is a fusion of subversive original works and masterfully curated pieces including custom made ‘bone’ china and Poundmaker’s moccasins. Shame and Prejudice interrupts the momentum of Canada 150 to tell the untold side of confederation: a dark and indeed shameful story of legislated genocide. Overarching themes include: I New France, Reign of the Beaver; II Fathers of Confederation; III Wards of the State; IV Starvation; V Forcible Transfer of Children; VI Incarceration; VII The Rez House; VIII Sickness & Healing; and IX Urban Rez. These topics are woven into the exhibition as chapters of Miss Chief’s memoirs to contextualize a sharp critique of Canada, the church, and the Hudson’s Bay Company.

As history has been written by the colonizers, so too have the images that have been historically portrayed. The most recognizable Indigenous images include the ‘Chief in headdress’, the ‘Indian princess’ or the ‘forlorn warrior’ leaning over his horse. These are all one-dimensional stereotypes that romanticize Indigenous erasure. Monkman’s work takes root in the politics of representation with Miss Chief “reversing the colonial gaze”. Monkman has perfected the classic western style masterpiece in a fresh, holistic and contemporary Indigenous context.

Monkman’s own mixed Indigenous ancestry and two-spirit identity informs his narratives of Contact – he re-imagines contact in a way that re-empowers the feminine and Indigenous sexualities. Indigenous subjectivity is reclaimed and personal agency is created because his characters inspire what colonization so cleverly removed: empathy. Using a cyclical view of time, Monkman both illuminates a harrowing past and re-imagines a feminine and Indigenous re-telling of history. Miss Chief shows Indigenous people as alive, timeless yet very much in the now, with the realistic cultural and moral fluidity that defines the human experience.

Monkman both parodies and recreates recognizable mainstream art from Indigenous eyes. His style could be described as romantic chiaroscuro realism with inspiration from high renaissance, baroque, rococo and neo-classic streams. He shows his extreme versatility with masterful installations and the use of cubism to highlight misogyny. At a glance one might mistake a painting for a famous western masterpiece – only to be shocked by the content as contemporary, Indigenous and defiantly queer. His exquisite technique is hilariously peppered with shock value. Take a replica painting of Queen Victoria done as a Native drag queen in the background in “The Subjugation of Truth”. Monkman’s relationship with art is contentious – showing obvious love for classic art and bitterness at its ignorance.

The most striking point of the exhibit was definitely “The Scream”. This formidable (84” x 132”) painting is housed in a haunting black room, the entrance of which features children’s toys and crafts made by students of the Grourard Residential School circa 1925. The walls of the room are lined with tikanagans (traditional cradle boards), with many chalk-marked outlines of apparently missing cradle boards. The painting itself is striking, a detailed scene of mounties and clergy ripping children from the hands of their mothers in a violent apprehension. The mother in the foreground looks like the “Migrant Mother” in Dorothea Lange’s iconic depression era photograph of Florence Owens Thompson. While birds circle above, Monkman’s signature angels are suggestively missing from the piece. Miss Chief and her humourous touches are also notably absent. She is also verbally absent in the corresponding memoir chapter, Forcible Transfer of Children, where she refrains from engaging in commentary stating; “the pain is too deep”.

The exhibition also speaks to how addiction is born of pain. In “Bad Medicine”, a woman lies dead on the street with a gun next to her. A needle and pills lie scattered with her designer makeup and Birkin bag on the ground. When we look closely we see that instead of bullets in the chamber, there is a needle. Bears surround her. Symbolizing spirituality and medicine, the bears here could aptly represent the danger of medicines/substances when they’re abused.

The woman’s body is also painted in Picasso’s cubist style. Monkman condemns this style as sexist and uses it to highlight the way western society devalues women as body parts devoid of humanity. The last, or rather first theme in the exhibition is the “Reign of the Beaver”, an era of power for Indigenous people and women/female energy. The pun is not lost on the audience who have come to expect such unabashed satire. Here Monkman recreates “The Swing” as an installation showing Generals Wolfe and Montcalm fighting over Miss Chief. In the theme’s text she explains that Britain and France would compete for Indigenous favour, boasting, “No one got rich and powerful without us on their side.”

The dining table installation illustrates the transition from the plentiful spirit and intent of the treaties to the starvation, poverty and despair they created. One end of the table displays champagne and finery. The settings and the table itself gradually devolve into rags and bones. The table installation is a microcosm of both the entire exhibition and the last 300 years. Miss Chief illuminates the trickster energy of the colonial process with its promises of safety and splendour, but reality of betrayal and disappointment. Of course the same could be said of addiction.

Like the trickster, Miss Chief uses humour to illuminate very dark material. With her flamboyant persona, blatant sexual acts, reversals of power, and satirical ability to question assumptions, Miss Chief doesn’t allow Canada 150 to gloss over Indigenous truth. Being a trickster, she isn’t afraid to create a spectacle and does not care who might feel awkward by it. In fact, Miss Chief seems most comfortable making others uncomfortable. It’s been said that there’s no growth in comfort, and Miss Chief’s antics push boundaries, forcing Canadians to take an uncomfortable look at their own history and grow beyond a blind celebration of colonialism.

Despite his dark portrayals, Monkman is optimistic. He alludes to this in the first installation, with “Amor Vincit Omnia” (Love Conquers All) carved above the nativity scene. Monkman lovingly honours the suffering of Indigenous people by putting the spotlight on injustices that were swept under the rug – Canada’s shame. He challenges us to acknowledge our own pain without shame and live fiercely despite it. Monkman uses his art to speak directly to our spirits and call out the resilience inside us by validating our collective pain and advocating our traditional healing. He shines a light on our power that, like Miss Chief, was there all along. 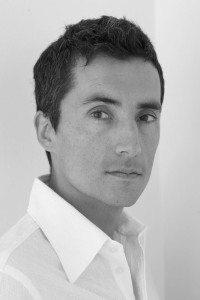 Kent Monkman is a Canadian artist of Cree ancestry who works with a variety of mediums, including painting, film/video, performance, and installation. He has had solo exhibitions at numerous Canadian museums including the Montreal Museum of Fine Art, the Museum of Contemporary Canadian Art in Toronto, the Winnipeg Art Gallery, and the Art Gallery of Hamilton. He has participated in various international group exhibitions including: The American West, at Compton Verney, in Warwickshire, England, Remember Humanity at Witte de With, Rotterdam, the 2010 Sydney Biennale, My Winnipeg at Maison Rouge, Paris, and Oh Canada!, MASS MOCA. Monkman has created site specific performances at the McMichael Canadian Art Collection, The Royal Ontario Museum, and at Compton Verney, he has also made Super 8 versions of these performances which he calls “Colonial Art Space Interventions.” His award-winning short film and video works have been screened at various national and international festivals, including the 2007 and 2008 Berlinale, and the 2007 and 2015 Toronto International Film Festival. His work is represented in numerous public and private collections including the National Gallery of Canada, the Denver Art Museum, Montreal Museum of Fine Arts, Museum London, the Glenbow Museum, the Museum of Contemporary Canadian Art, the Mackenzie Art Gallery, the Art Gallery of Ontario, the Smithsonian’s National Museum of the American Indian and the Vancouver Art Gallery. He is represented by Pierre-François Ouellette art contemporain in Montreal and Toronto, Trepanier Baer Gallery in Calgary and Peters Projects in Santa Fe.

Shame and Prejudice: A Story of Resilience
Canadian Tour Schedule

Museum of Anthropology at UBC
Vancouver, British Columbia
May – October 2020

Previous : WORLD PREMIERE BY INDIGENOUS CHOREOGRAPHER: JERA WOLFE
Next : BIRTH OF A FAMILY: WERE WE REALLY BETTER OFF? A NEW DOC ABOUT THE 60’s SCOOP BY TASHA HUBBARD

Sarena Johnson is Lenape, Anishinaabe and Cree Metis from Toronto. She is currently decolonizing her diet, working on Indigenous education policy development and pursuing graduate studies in education.