Originally from the coastal Cree community of Fort Albany First Nation, off the coast of James Bay, Rosary Spence is a well-recognized Indigenous singer, steeped in time-honoured Aboriginal rhythms and styles. Spence has performed at public events such as the ImagineNative Film Festival, Planet IndigenUS, as an opening act for various events and conferences, and has also performed as a special guest at private functions. Spence prides herself as an established self-taught vocalist, but has also studied vocals at The Banff Centre For The Arts, and has participated in vocal training with a diverse group of artists at various times throughout her professional career. Spence has been a featured artist on a variety of albums and collaborations with various artists throughout her musical career, most recently a 12-track compilation titled “Women’s Voices For Attawapiskat” dedicated to the people of Attawapiskat First Nation. Spence’s debut album Is currently being produced, she has been song writing for several years and has long anticipated this up and coming CD release (Summer ’14). 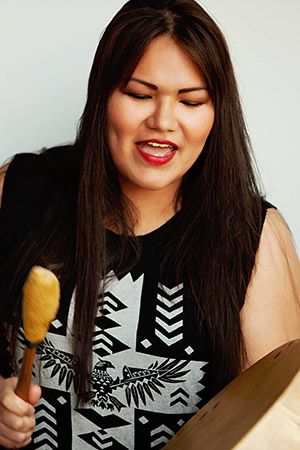 Spence has also recently added the title of playwright in her repertoire of skills and abilities with “N’Mooshum Ayamehewin”, a play dedicated to her late grandfather, Frederik Spence. “N’Mooshum Ayamehwin” was workshopped in the Animikiig program during Native Earth Performing Arts 24th Weesageechak Festival in 2011. In 2012, Spence’s collaborated project “When The Fish Met The Turtle”, an enchanting collaboration written by both South Asian-Canadian Sharada K. Eswar And Rosary Spence, was showcased during the 25th Annual Weesageechak Begins To Dance Festival. As A theatre actor/performing artist, Spence has also performed with Jumblies Theatre in “Like An Old Tale” (2011), “Nigamo” (2012), and in Native Earth Performing Arts 26th Weesageechak Festival (2013).

Beyond the stage, Spence has launched a jewelry and clothing line. Designing and creating clothing and intricately beaded jewelry has been a lifelong interest and passion for Spence. Her first entrepreneurial experience was selling hand beaded necklaces, bracelets, and earrings from her grandmothers kitchen table, she was 6 years old. Spence’s grandmother, Fabiola Spence, has played a major role in her skills, technique, and drive to continue and follow tradition. Spence’s strong Cree heritage is evident in her creative process, style, and colour schemes. Her innovative spirit brings her to experiment with various styles and incorporates many elements into her creative process. 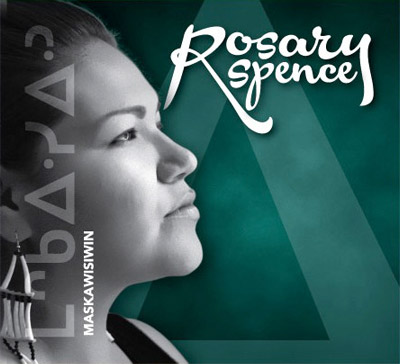 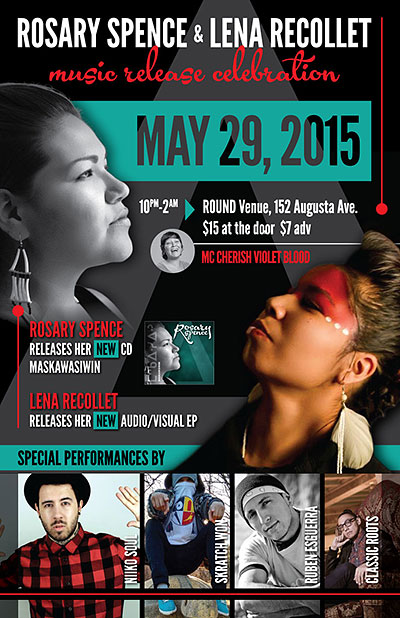