…the nation is in great need to see strong and inspiring Native women—who swim in their abilities and live strong, if not difficult lives.

While the number of missing and murdered Indigenous women continues to grow, iconic Indigenous playwright Tomson Highway’s The Rez Sisters celebrates Native women with all their flaws and complex relationships. Good timing to say the least. Timing plays a huge role in the latest version of the well-loved play. According to director Peter Hinton, he wanted to direct Rez Sisters many years ago, and Belfry Theatre’s artistic director Michael Shamata made attempts to produce the play for two years. 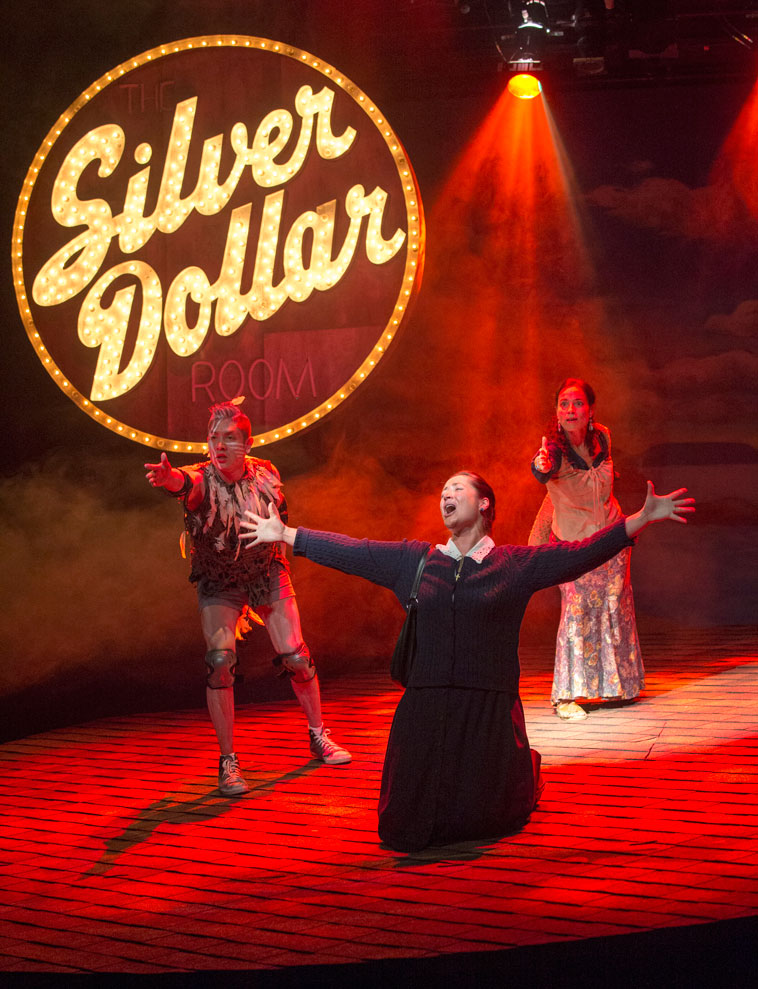 Timing plays a role, almost as an unseen character. As now, the field of seasoned actors from which each character was perfectly cast is plentiful. Indigenous expertise is found with Ryan Cunningham (Métis) as assistant director, and of course, Tomson himself. Although Tomson is never present during any stage of this production, he haunts each performance with an undeniably ghost-like presence.  This play is extremely important today, as it stars an excellent ensemble cast of all Native women—and one two-spirit dancer—which gives voice to the lack of female leadership on-reserve. The play also unapologetically includes the ongoing violence against (Native) women. Rez Sisters is pulled from the (Canadian) playwright’s archives, and with only a few updates, is able to be enjoyed by (mostly non-native) audiences today. 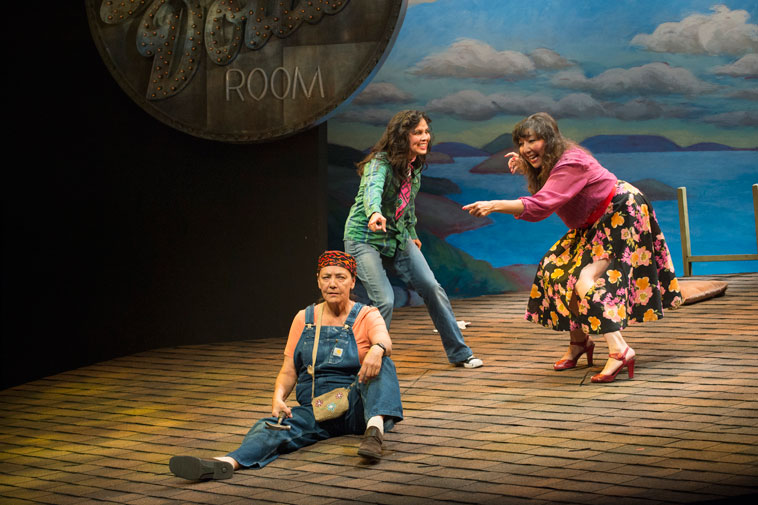 Tantoo Cardinal—Cree actor with a list of impressive credits that includes activism on the Missing and Murdered Indigenous Women (MMIW)—grounds the entire performance as leader, as Elder, as Mama Bear in her role. She is the voice of reason among the hysterical voices, gossipy voices, extreme voices, and babbling voices. Tomson writes these females as three-dimensional, living, breathing and dreaming women who want better things in life, including the bingo jackpot of 500,000 dollars.

Reneltta Arluk plays the bi-sexual left-the-rez-but-came-back Emily Dictionary. Tiffany Ayalik as Zhaboonigan Peterson is the extremely damaged, hanging-on-by-a-thread rape survivor adoptee of Veronique St. Pierre, a tightly wound presumably religious nosey-body played perfectly by Cheri Maracle. Tasha Faye Evans plays a believably cancer-ridden Marie Adele Starblanket who is enticed to make the trip to Toronto to play in the world’s largest Bingo (despite her illness) by the wide-eyed music enthusiast Annie Cook played by Lisa C. Ravensbergen. We learn the simplicity of the Rez Sister’s wants through Philomena Moosetail who dreams of owning her own toilet, played by Tracey Nepinak. 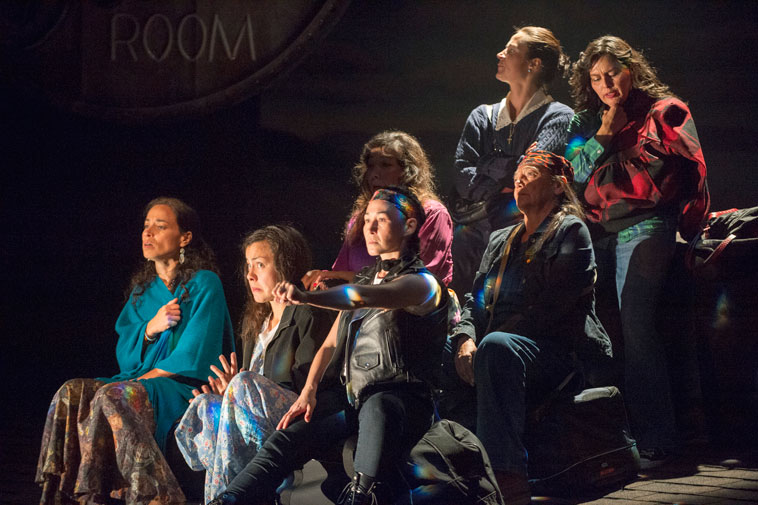 Originally, the role of Nanabush, (trickster) was written for Tomson Highway’s brother and dynamic dancer, Renee Highway, who passed away in 1990. Waawaate Fobister employs his skills as a trained contemporary dancer to convey line-less expressions we follow with intuitive understanding.

To say that the 2014 Belfry Theatre’s The Rez Sisters is a hit would be an understatement; this play has impacted and will continue to impact theatregoers on Vancouver Island in many ways. It is a shame that there are no plans at this time for the production to tour, as the nation is in great need to see strong and inspiring Native women—who swim in their abilities and live strong, if not difficult lives. Besides, it’s great theatre, a historic theatre experience, and yes—completely timely.

Previous : WHAT THE MEN ARE SAYING: INDIGENOUS MASCULINITY—REVISITED
Next : JESSE WENTE’S TOP 10 INDIGENOUS FILMS OF ALL TIME!

Janet Rogers is a Mohawk/Tuscarora writer from the Six Nations band in southern Ontario. She was born in Vancouver British Columbia and has been living on the traditional lands of the Coast Salish people (Victoria, British Columbia) since 1994. Janet works in the genres of poetry, spoken word performance poetry, video poetry and recorded poetry with music and script writing. Janet has three published poetry collections to date; Splitting the Heart, Ekstasis Editions 2007, Red Erotic, Ojistah Publishing 2010, Unearthed, Leaf Press 2011. Her newest collection “Peace in Duress” will be released with Talonbooks in September 2014.  Her poetry CDs Firewater 2009, Got Your Back 2012 and 6 Directions 2013 all received nominations for Best Spoken Word Recording at the Canadian Aboriginal Music Awards, the Aboriginal Peoples Choice Music Awards and the Native American Music Awards.  You can hear Janet on the radio as she hosts Native Waves Radio on CFUV fm and Tribal Clefs on CBC radio one fm in Victoria BC. Her radio documentaries “Bring Your Drum” (50 years of indigenous protest music) and Resonating Reconciliation won Best Radio at the imagaineNATIVE Film and Media festival 2011 and 2013. Ikkwenyes or Dare to Do is the name of the collective Mohawk poet Alex Jacobs and Janet created in 2011. Ikkwenyes won the Canada Council for the Arts Collaborative Exchange award 2012 and a Loft Literary Prize in 2013.