by Ishaan Sachdeva and Ritika Arora

“Lives are at stake.” “[the community] is suffering and commiserating.” “…We’re facing a crisis here.” “Our sadness knows no bounds.”

These are the voices of the people in our own nation. Uashat Mak Mani-Utenam 一an Indigenous community in Canada一 has been victim to 44 suicides between May 1994 and November 2015. Located on the North Shore of the Saint Lawrence River in Quebec, Uashat Mak Mani-Utenam is home to 4670 reserve residents. These string of suicides have greatly shaken the community. “It’s emotional every time because it’s a sudden death” says Rudel-Tessier, Quebec’s chief Coroner who is holding a public inquest into the suicides.

In 2015, the suicides of 5 young individuals一 ages ranging from 18 to 46 一captured nationwide media attention. All individuals were from Aboriginal heritage and belonged to either the Uashat Mak Mani-Utenam or the Kawawachikamach community. “Most of the victims had not wanted to die, but wanted to end their suffering.” mentioned the Quebec Coroner, Bernard Lefrancois, in his report of inquest into the circumstances surrounding the wave of suicides. All 5 victims were dealing with at least one of the following factors underlying suicidality: alcohol and drug consumption, family difficulties, sexual abuse, mental illness and exposure to the suicide of a loved one.

In response to this call for urgent help, Health Canada has pledged to provide aid to the Uashat Mak Mani-Utenam Council by funding four mental health professionals for the reserve. In 2017, the Honourable Minister of Health, Jane Philpott acknowledged before the Standing Committee on the Suicide crisis: “I’m not here to deny that many programs in Indigenous communities are under-resourced.”

There is no doubt that proactive measures are needed to end the wave of suicides affecting the Uashat Mak Mani-Utenam community. “The real challenge is to prevent such crisis from happening”, reiterated Chief McKenzie.

Marie-Luce Jourdain, Nadeige’s aunt一 one of the victims 一expressed her concern, stating “Nadeige’s suicide is a symptom of a larger problem that needs to be solved. We have to find solutions to make sure this doesn’t happen again. There have been too many already.”

The Assembly of First Nations’ National Chief, Perry Bellegarde also called for action,   “The current situation is unacceptable. The Uashat mak Mani-utenam are putting forward a concrete plan and we join their calls for action.” With the goal of initiating concrete measures to end the wave of suicides affecting the Uashat mak Mani-utenam community, the Quebec government launched a public inquest into the causes and circumstances of the five recent suicides in this community.

The inquest indicated that the root of the crisis is multifactorial and a result of the complex interplay between several factors. Despite the provision of several resources and funding directed towards the Uashat Mak Mani-Utenam community, challenges such as high unemployment rates, housing shortage, overcrowding, poor quality of education and substance abuse are yet to be completely addressed. However, the most fundamental challenge is believed to be the continued use of the Indian Act, which is often described as “an apartheid system”, “an ancient and outdated law” and one which conveys “you are different and incapable” to Aboriginals. For instance, as per the reserve system, individuals are unable to retain their Aboriginal identity if they are to leave their reserve, regardless of educational needs or skill acquisition. “ How can someone anticipate a better future and social improvements in that context?” Bernard Lefrançois says “Aboriginals are at the centre of a vicious circle”. Moreover, the report attributes transgenerational trauma due to Indian Residential Schools as a major contributor to the personal and societal challenges that underlie suicidality.

Thus, significant modification to the Indian Act is suggested as an optimal remediation strategy. In his 50-page report on the public inquiry, Bernard Lefrançois clearly stated, “It is time to put an end to this apartheid system, and for all of the authorities concerned to confront that challenge.” His report also proposes several community interventions which take charge of individuals at risk of suicide. Reduction of substance abuse can be facilitated via increased policing within Sept-Iles, as it is “the transit point for drugs in Eastern Québec”.

Furthermore, responsibility to address the aforementioned concerns also lies outside the Uashat Mak Mani-Utenam community. Jean-Claude Therrien Pinette, a spokesperson for Uashat’s band council highlighted, “The way we’ve set our services up一 and we’re doing the best we can here 一 we’ve hit a wall with our resources. We constantly think of ways to optimize what we can do with what we have but we always run into the same problem. We need more resources.” The Uashat Mak Mani-Utenam council chief, Mike McKenzie expressed, “Justin Trudeau must come here, meet community members and show us that he’s willing to take action on his promises. We’re facing a crisis here.” Accordingly, a whole nation collaborative approach would best address the root cause of the suicide crisis and prevent it from recurring.

Report of inquest Act respecting the determination of the causes and circumstances of death https://www.coroner.gouv.qc.ca/fileadmin/Coroners/Rapport_final_-_anglais.pdf

If you or someone you know is in crisis and needs help, resources are available. In case of an emergency, please call 911 for immediate help. The Canadian Association for Suicide Prevention, Depression Hurts and Kids Help Phone 1-800-668-6868 all offer ways of getting help if you, or someone you know, may be suffering from mental health issues. 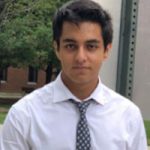 Ishaan Sachdeva
Ishaan is a Grade 12 IB Student at Superior Collegiate and Founder of Active Mental Health Initiative, a student led national organisation. He is involved in various advocacy initiatives in the community and aspires to raise awareness of mental health issues with a goal to promoting healthier communities. For the last five years he has been living in Thunder Bay and although he doesn’t have an indigenous background, living in the North has made him aware of the Aboriginal mental health and suicide crisis. He wants to address and shine light on this overlooked but highly important topic of poor mental health in significant number of Indigenous communities, with the goal to initiate a national debate and make efforts to find a sustainable solution to this issue. 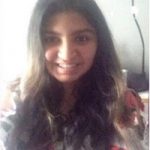 Ritika Arora
Ritika is a third year student in the Health Sciences program at McMaster University. As the Founder of the nationwide Humans in Healthcare initiative and through her involvement in various advocacy initiatives, she aims to instigate positive change in her community. Ritika has lived in Brampton, Ontario for the past 19 years and although she does not come from an Indigenous background, she always had a keen interest to learn about the original roots of her nation.