LETTER FROM THE EDITOR: THE PREMIERE ISSUE

Ahnee, welcome to the premiere edition of MUSKRAT magazine! We are an on-line Indigenous arts, culture, and living magazine that strives to honour, investigate, and disseminate traditional knowledges in ways that inspire their reclamation.

We first envisioned MUSKRAT magazine after twenty years of shared community-building. As artists, designers and activists we have documented and disseminated community stories through the lens of Anishnaabe dispossessed of ancestral knowledge. Yet we continue to feel, dream, and believe in the power of our ancestors and our birthright to live as Indigenous peoples. This feeling permeates the landscape and our spirits and we have come to understand that it has only to be unearthed and shared to be experienced again.

In 2003, we looked towards one of the first teachers in our creation story, the smallest of the water beings. The Muskrat shows us that strength, courage, perseverance, and humility will lead us along the journey to re-connect our ancestral knowledge with who we are today. We took the advise of Elders and warriors, like Secwepmc leader Arthur Manuel (profiled in this issue), The Native Youth Movement, as well as our friends and family, and began the project of “getting back to the land”. With no building experience we studied off-grid building design models and called on friends and relatives to help build and share knowledge about ways of living sustainably on the land. The process was slow (we are still building!) but each summer a little more gets done; we learn more about who we are, and many friends camp out with us along with the beautiful waters, beaches, and stars of Georgian Bay.

One day we hope to make it to the land full-time, but there’s no use waiting, the grip of Muskrat is everywhere, even reaching deep into the jungle of the city. We know this because we feel it here too; it compels us to plant medicines on our balconies, to revive our traditional birth knowledges, and to honour the cycles of grandmother moon wherever we may be standing.

In this issue, photographer and filmmaker Keesic Douglas embodies the grip of the Muskrat when he is compelled to make the 130 km canoe journey from Rama First Nation to The Hudson Bay Company department store in the heart of downtown Toronto to trade back his once sought after Hudson’s Bay Point Blanket in exchange for the beaver pelts traded to the Company by his great-great-grandfather.

Painter and filmmaker Travis Shilling shares his visions of the world after the next big flood and what we might have to face should it actually happen. Cherie Dimaline’s short fiction, The Bead Fairy, unearths loss, beauty, and forgiveness. Finally, Chef Kai and Zainab Amadahy offer us a dish and a song to heal the spirit.

To some we are “activists” but in reality simply being Indigenous makes us subversive. MUSKRAT emerges from the gap between just “being” and a hunger for vital cultural and artistic representation of Indigenous knowledges in our communities and beyond. We are determined to break through the Eurocentric paradigm that separates humans from the natural world and encourages a lifestyle that promotes over-consumption and consumerism based on material greed and mainstream media messaging. MUSKRAT has compelled us to take the plunge and design an innovative platform to inspire, pull, and connect individuals to ancestral knowledge that is sustainable in the world today.

We hope you enjoy all of the artists’ contributions. We encourage you to share works and inspire MUSKRAT and our next issue!

MUSKRAT is an on-line Indigenous arts, culture and living magazine that honours the connection between humans and our traditional ecological knowledge by exhibiting original works and critical commentary.

MUSKRAT embraces both rural and urban settings and uses media arts, the Internet and wireless technology to investigate and disseminate traditional knowledges in ways that inspire their reclamation on an accessible, day-to-day basis.

Traditional ecological knowledge has been, and continues to be, accumulated through time spent living on the land. This includes Aboriginal oral traditions and Indigenous knowledges expressed in a multiplicity of ways. It encompasses all aspects of the environment and sees humans as an intimate part of it, rather than as external observers or as the controlling entity.

MUSKRAT magazine is published twice a year by MAAIINGAN Productions, a collective of Aboriginal artists, designers and researchers working collaboratively to promote and support each other’s work in community and media arts. 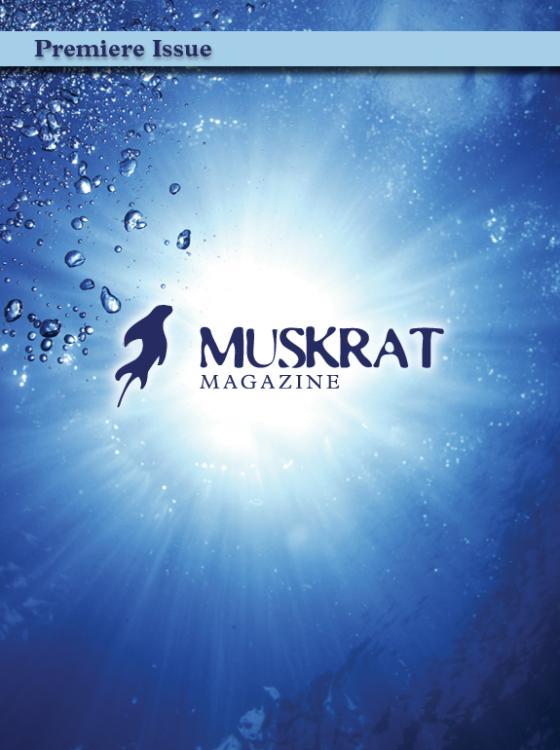 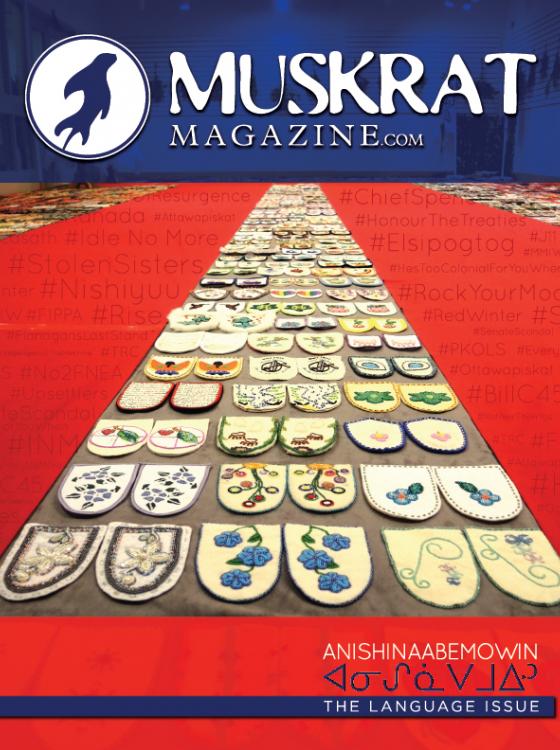