Toronto, Ontario – The Canadian Council for Aboriginal Business (CCAB) and Sodexo Canada are pleased to announce that this year’s recipient of the Award for Excellence in Aboriginal Relations is the Vice-President of Corporate Affairs for Cisco Canada, Willa Black.

As Vice-President of Corporate Affairs, Willa Black’s leadership on the Connected North Program has served to bridge the Aboriginal digital divide through the use of networking technology.

Connected North has been instrumental in increasing healthcare and educational capacity in remote and underserved Aboriginal communities across northern Canada. The initiative was inspired by a meeting in 2011 between Black and Mary Simon, herself a former Award for Excellence in Aboriginal Relations winner, who at the time was President of Inuit Tapiriit Kanatami. The meeting helped to establish a clear direction for Black’s desire to create something ‘by Canadians and for Canadians’ with Cisco’s technology at its heart.

Through her tireless initiative, Black has touched many lives and done extraordinary work to reduce the digital exclusion of northern Canadian communities which has had additional social, economic and health benefits for all involved. The goal now is to connect all 600 Aboriginal schools in Canada so that they can share their culture and values more broadly across Canada – bridging the cultural divide that can exist between Aboriginal people and Canadian society.

CCAB President and CEO JP Gladu stated, “The passion and commitment that Willa Black has infused into the Connected North program serves as an outstanding example of corporate Canada embracing new ideas generated through new technologies. Willa’s work will resonate across the country in the years to come bringing opportunity and potential in its wake.”

“Willa Black’s leadership on the Connected North program clearly demonstrates how Canadian executives can leverage their company’s expertise to tackle a problem and change the world for so many people. Her dedication and get it done attitude is inspiring and I hope this award encourages other companies to consider what they could do to make a difference in our remote communities across Canada,” expressed Barry Telford, President of Sodexo Canada.

The Award for Excellence in Aboriginal Relations is presented annually to a Canadian who has personally contributed, through his or her professional and voluntary commitments, to building bridges between Aboriginal people and Canada’s business community. The recipient of the award is selected by a jury of Aboriginal and non-Aboriginal business leaders. Ms. Black will be presented with the award at the CCAB’s 13th Annual Vancouver Gala on September 24, 2015.

The Canadian Council for Aboriginal Business’ mission is to foster sustainable business relations between First Nation, Inuit and Métis people and Canadian Business 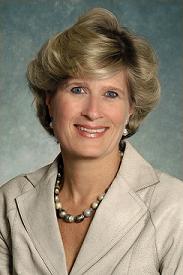 Willa Black is currently Vice-President of Corporate Affairs at Cisco Canada where she is responsible for strategies designed to drive Cisco’s external brand relevance and transformational impact in communities across Canada.

Black holds a Bachelor of Arts degree in English from Williams College in Massachusetts, USA. She is a resident of Toronto, ON and is married with three children.

About the Award for Excellence in Aboriginal Relations

The Award for Excellence in Aboriginal Relations is presented annually to a Canadian who has personally contributed, through his or her professional and voluntary commitments, to building bridges between Aboriginal people and Canada’s business community. The recipient of the award is selected by a jury of Aboriginal and non- Aboriginal business leaders.

September 24, 2015 at the Fairmont Waterfront hotel in Vancouver, BC from 5:30 pm to 9:00 pm. For more information about the event, please contact Lynda Keith, Senior Manager, Sponsorship and Events: lkeith@ccab.com

About Sodexo in Canada

Sodexo has been delivering on-site services in Canada for over 40 years. Recognized as a strategic partner, Sodexo Canada has consolidated its position by providing a range of Quality of Life services for clients, their employees and visitors in the corporate, education, healthcare and remote site segments. Delivering food and facilities management services for over 200 clients, Sodexo is a market leader in terms of revenue and customers served, and has been recognized as a top employer for the past four consecutive years. Sodexo Canada is proud to have created the Sodexo Foundation, an independent charitable organization that has donated more than 1 million meals to at risk youth in Canada since it was founded in 2000. Follow us on Twitter @SodexoCanada.